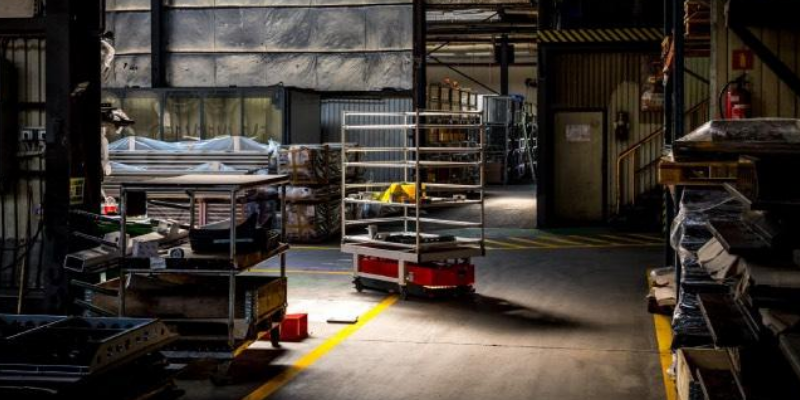 The implementation of Autonomous Mobile Robots (AMRs), such as VERSABOT 500, means a general change for the entire organism that is the warehouse or the production plant. Robots not only expedite the tasks for which they are intended but play the role of testers in relation to the entire system. The implementation of an AMR is a kind of audit and a chance to optimise all intralogistic processes.

The presence of a robot makes you realise how much you can gain by eliminating minor shortcomings – by correcting transport paths, locations of pickup and delivery points of goods (such as components for production), or locations of traction battery chargers. Autonomous
machines also show the importance of maintaining a steady pace of work and a smooth
performance of tasks, and of excluding micro-downtime and unnecessary repetition.

AMRs don’t wait for the shift to end

AMRs are not cheap – especially when compared to the cost of hiring an unskilled worker.
In return, they successfully solve problems that arise whenever dealing with repetitive, monotonous and, at the same time, high-precision tasks.

An autonomous robot makes the most of its working time. It maintains a constant pace
of performed tasks, doesn’t make mistakes, doesn’t take breaks or unplanned downtime, doesn’t repeat unnecessary movements or actions, and in case of the path being blocked it immediately determines the optimal alternative route. All of these features, which characterise the operation of robots, not only improve the efficiency and quality but also the safety of work.

Autonomous Mobile Robots used in intralogistics can work in shifts, but also perform assigned tasks continuously – for as long as necessary. To make this possible, the battery charging or replacement system, and maintenance services, must be adapted accordingly. You can arrange the robots’ rota in such a way that they substitute for each other when performing tasks, ensuring a constant pace of work. The more robots work in a given plant or warehouse, the more easily their capabilities can be adapted to changing needs.

A very interesting aspect of using robots is the effective solution to staffing problems.
This applies specially to filling positions where work is not financially attractive, requiring a lot of physical effort, often dangerous, and carried out in difficult conditions.

The use of robots avoids the tedious and slow process of recruitment, training, induction,
signing of contracts and payment of resulting benefits. Additionally, people also need work clothes, personal protective equipment, meal breaks, and many other benefits and privileges.
If there is downtime, you still have to pay their salaries, not to mention holiday or sick leave. Fulfilling all obligations towards an employee generates not only direct costs but is also an enormous organisational effort.

Robots need nothing more than power and maintenance.

It’s also important to be able to scale the number of contractors easily: a fleet of robots can be moved to specific regions in the exact numbers needed at the time. You don’t have to check schedules, adhere to employment code mandated work hours, and pay for overtime. The only criterion is the number of currently operational machines.

The robot does the audit 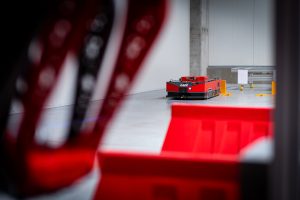 A robot, willingly or not, is an excellent auditor of logistics processes. All it has to do is transport a load, which has been done by a forklift operator until now. If there’s a significant discrepancy after the results have been compared, it will be a signal of irregularities present. Detecting their causes will allow for the optimisation of a part of the delivery process.

The use of robots necessitates optimisation of transport paths, improvement of the location and organisation of collection and delivery points of transported loads (e.g. local storage by production equipment). These measures are necessary to utilise the robot to its full potential, allowing to minimise energy consumption, reduce the risk of collisions (with other machines and with people) and delays resulting from e.g. avoiding numerous obstacles appearing in its path. All of these changes serve not only the robot but reveal and remove bottlenecks in the entire intralogistics system.

Incidentally, apart from the specific tasks they were created for, Autonomous Mobile Robots also measure internal logistics processes, providing the managerial staff with data that aren’t at risk of error or manipulation. The implementation of AMRs allows you to elevate intralogistics to the level of modern data-driven management.