AUTONOMOUS TROLLEYS IN A WAREHOUSE

Autonomous transport trolleys, also known as Autonomous Mobile Robots (AMRs), are a modern alternative to traditional means of material handling. Their biggest advantage is the lack of an operator. This fact is reflected in the robot’s design, and directly translates into its efficiency and work safety. It’s to be expected that in the near future these robots will take over most of the transport tasks in warehouses and production halls, which are currently the domain of forklifts and logistic trains. 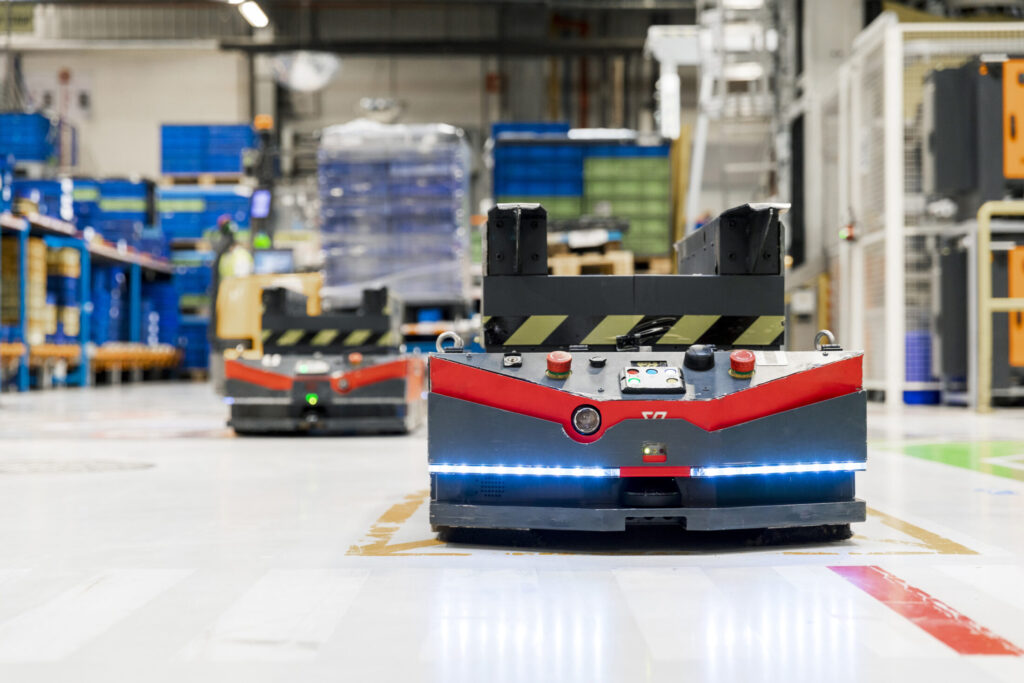 AGVs and AMRs – how do they work and where are they used?

AGVs (Automated Guided Vehicles) haven been around since the mid-twentieth century. Over several decades, the trolley navigation system has evolved, taking the following forms:

The development of robot control systems went hand in hand with improvements of navigation methods. Autonomous Mobile Robots (AMRs) are currently the most advanced version of autonomous transport trolleys. Their level of autonomy allows them to make independent decisions about choosing the optimal route between load collection and delivery points. Machines such as VERSABOT 500 and VERSABOT 1500 are able to distinguish between permanent obstacles (an abandoned pallet in an aisle) and temporary ones (a forklift, another robot, a person). This is the basis of their decision whether to choose another route or wait for the obstacle to be removed. These abilities mean that AMRs may well take over all horizontal transport in warehouses and production halls. All they need to operate is a hard and smooth floor.

The most important advantages of AMRs are related to their potential to optimise internal transport costs: 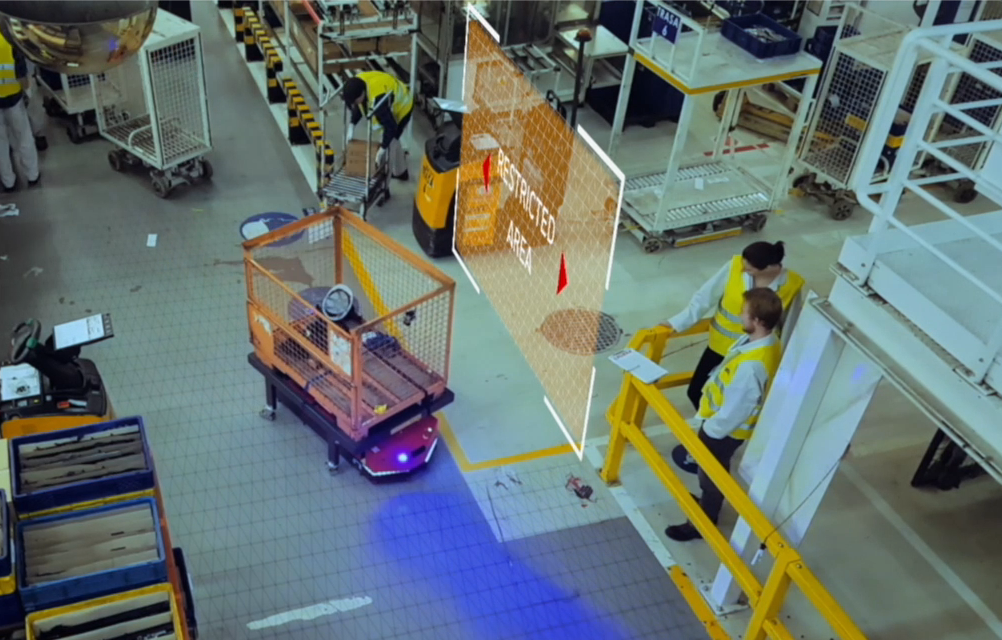 Is this a safe solution?

AMRs operate in a complex environment – they move along the same warehouse aisles as forklifts, logistic trains, and people. Therefore, the question of safety is completely natural. The answer is three safety levels. All AMR operations and activities include the fail-safe principle, which means the robot goes into a “safety mode” in case of any emergency. This also means that a critical system failure causes the drive to turn off and the robot to stop. This is an effective precaution against the fleet management system becoming “unleashed”, or continuing operations after damage to the laser scanner, for example.

Furthermore, each robot is equipped with active safety systems: motion sensors, cameras, bumpers, emergency stop pushbuttons, laser scanners, and machine vision systems. The machines are also equipped with passive safety systems, i.e., brightly coloured housing, body markings, and the ability to emit light and sound warning signals. These are needed not only by the people around the robot but by the robot itself – they’re mainly used to protect it against collisions with forklifts.

It can be said with absolute certainty that autonomous transport trolleys are the safest means of internal transport used in warehouses.

Cobot, or new opportunities in your company

AMRs fully deserve to be called cobots, or collaborative robots. Thanks to their ability to work in a shared space with people, real operational autonomy, and low failure rate, they provide a number of company-wide benefits:

AMRs offer a quick transition from traditional intralogistics to a warehouse transport system based on autonomous, intelligent machines. This change paves the way for real optimisation of warehouse operation costs – overall reduction of labour costs, significant increase in efficiency, improvement of safety and quality of work.

What is an AMR Robot?

Explore the world of autonomous mobile robots - find out what they are, how they work and what they are used for.

Why should warehouse automation start with the implementation of AMRs?

Logistics processes in a company - how it works, how to improve it?